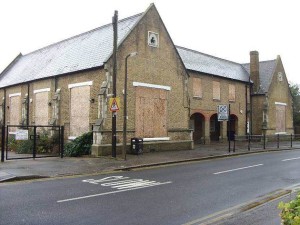 Statement by The Epping Society

Unofficial reports began to circulate about tentative proposals to develop the large site on St Johns Road Epping.  The EFDC meeting on Tuesday 29th July included only sketchy details which did little to clarify the situation.  Authorization was given for substantial legal fees in relation to the development.

Cllr Grigg, the relevant portfolio holder, said she could not provide additional information about the proposed development because of commercial confidentiality and the involvement of two other councils.  She appeared to say that a public consultation would happen “only if the developer agrees”, and it was “likely to be forthcoming” but it “could not be guaranteed”. There was no report about potential highways congestion but when questioned Cllr Grigg stated that it was a matter for discussion between the developer and Highways. Protection of “mature” trees on the High Street was confirmed.

Your Committee believes the public should be provided with full details of any proposals without further delay and before any commercial agreement is concluded.  The Councils should trust the public whose town it is.

We remain anxious that development on this site must achieve high design standards.  Any additional retail facilities must not detract from the High Street, so as to damage existing shops  New leisure facilities should be compatible with views recorded in the 2012.

Our anxiety has been compounded by recent news that Essex County Council may ignore local views and develop their part of the site in isolation, link here http://tiny.cc/guardianSJD

This site uses Akismet to reduce spam. Learn how your comment data is processed.